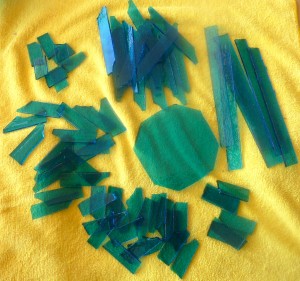 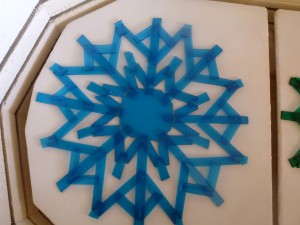 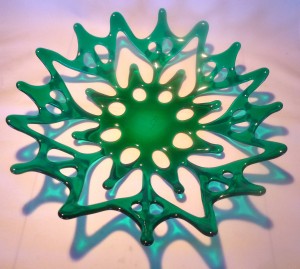 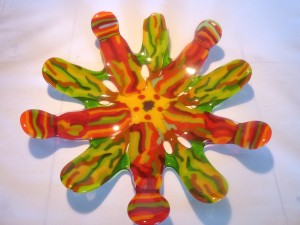 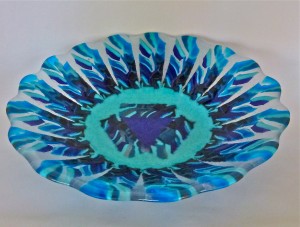 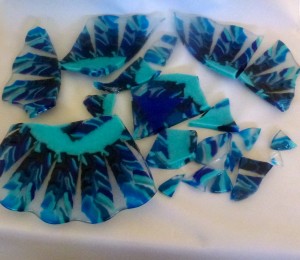 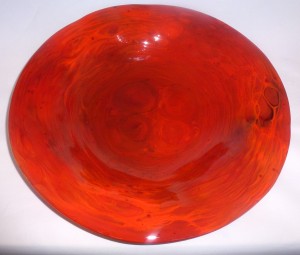 We were just back from our vacation and filling in for another artist at the Marriott. Lucia (our “handler”) asked us to fill in for Chip who couldn’t make it on a Thursday. The spot was different than our usual Monday spot. As we were unloading the glass from our cart, a tote with several glass pieces tipped over sending two of our pieces to the tile floor… one piece mine and the other was Sandy’s. As it happened, my piece didn’t break in spite of landing on the tile… lucky for me! Sandy’s piece… not so lucky… it shattered! The really sad part is that the piece was quite beautiful in design and texture, and would be extremely difficult if not impossible to reproduce. The first two photos show the before and after pictures of Sandy’s piece. The reason for my title on this blog is that it was my fault that the tote tipped over. Being that we were gone for four weeks and being in a different location, (and being old doesn’t help), I forgot my process for unloading the cart, but I sure remember now! Fortunately for me, looks can’t kill. Boy, did I get a look!

There’s another possible saving grace… the glass is recyclable… to an extent anyway. I could cut out the pattern bars from the larger pieces and use them in some new design… or we could put the glass into a drop pot… we haven’t decided yet. My druthers is another pattern bar piece, but there just might not be enough unbroken pattern bars to make a reasonable piece. The third photo shows a drop pot piece that was created from a red piece that didn’t turn out well at all. So, we broke it up on purpose and used the glass in the drop pot… and if I don’t say so myself, it resulted in a quite beautiful bowl. The final happy ending to this story (and there will be one) will be in a future “What’s New”.